Bangkok riverside hotels
on the star-studded river of kings

Bangkok riverside hotels has some of the best 5 star hotels in Bangkok in the older part of the city with a panoramic view of the Chao Phraya River.

Charoen Krung Road, the oldest road in Bangkok, built in 1861 in the reign of King Rama IV, runs along the Bangkok banks of the Chao Phraya where these riverside hotels are located. This road is ironically called the New Road in English. 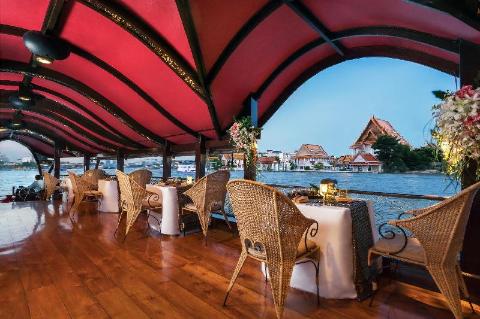 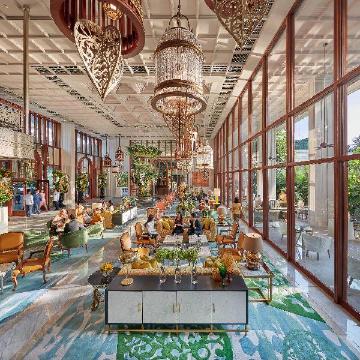 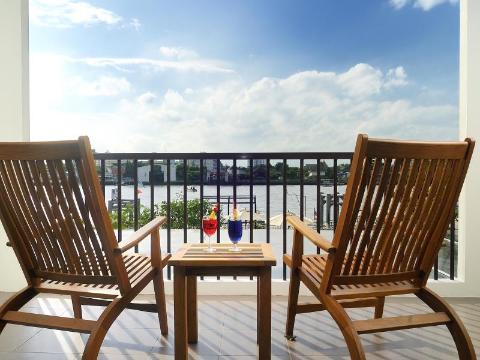 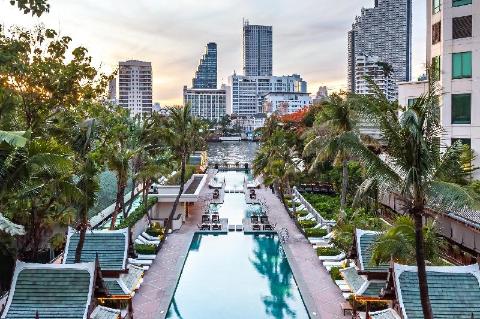 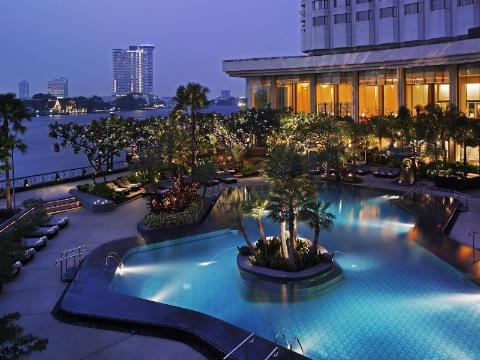 Find your favourite riverside hotels by the Chao Phraya, with the search box below

The Millennium Hilton Hotel Bangkok opened on 1 March 2006 after a 9-year delay. A victim of the financial crisis in 1997, the partially constructed hotel was taken over by the state asset management corporation.

Since then, new owners have taken over and completed the construction of the 543-room hotel. Located on the Thonburi bank of the Chao Phraya River, the hotel is just across the river from the Royal Orchid Sheraton.

The Centre Point Silom River View Hotel is actually in Charoen Krung Road. It is part of the Centre Point chain which manages serviced apartments in six other prime locations in Bangkok at Petchaburi 15, Langsuan, Saladaeng, Sukhumvit 10, Sukhumvit - Thong Lor and Wireless Road. 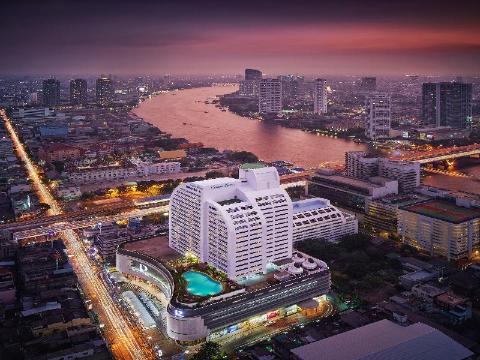 The Lebua at State Tower located within the 65 storey State Tower, has a breath-taking view of the city and the Chao Phraya River from its roof top restaurants. 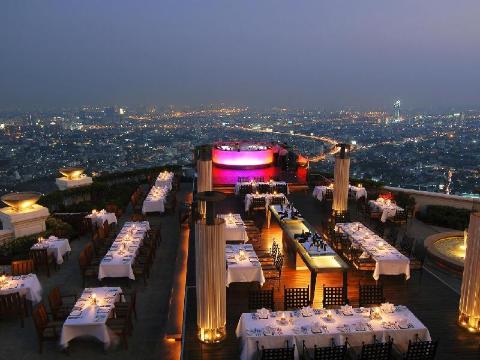 Roof top restaurant at the Lebua at State Tower Bangkok

Most of the Bangkok riverside hotels are located near piers where river transport is available. For details of the Chao Phraya River piers, tourist boats, regular boat services and ferries, please see Bangkok river cruise.

The Oriental Pier is probably close to where Joseph Conrad docked when he sailed to Bangkok in 1888, stayed at the Oriental and made it famous.

Bangkok skytrain services (BTS) are available at the Taksin Bridge Station located at the bridge of the same name just 50 meters south of the Shangri-la Hotel.

The bridge and the train station are named after King Taksin who established Thonburi on the western bank as the capital of Thailand in 1768 before Bangkok became the capital.

Bangkok riverside hotels are located in areas that are steeped in history on of the river of kings where the Kings of Thailand have sailed their Royal Barge Processions for hundreds of years.

For other Bangkok hotels.