Bangkok Churches
religious harmony in the land of temples

The old Bangkok churches like the Santa Cruz Church, Holy Rosary Church, Immaculate Conception Church and Assumption Cathedral are steeped in the history of religious tolerance in predominantly Buddhist Thailand where Christians are barely 1%.

A search through a digital map of Metropolitan Bangkok reveals 108 churches of all denominations in Bangkok and Thonburi.

Christianity came to Thailand with the arrival of the Portuguese traders in 1511 bringing the first Catholic missionaries to the kingdom when the old capital was in Ayutthaya.

It was here that the first Catholic Church and school were established.

The French Catholic missionaries, who arrived much later in 1662, had a greater influence on the Catholic Church in Bangkok and Thailand for the next 200 years.

The Protestants came much later, in the 1800s. This accounts for why most of the old churches are Catholic.

The London Missionary Society came to Bangkok in 1828. The American Presbyterians followed from the 1830s through to 1850.

One of the earliest Catholic churches in Bangkok was the Immaculate Conception Church in Samsen.

It was built in 1674, when Bangkok was still a transit port for ships sailing up the Chao Phraya River to the old capital in Ayutthaya. The present church was rebuilt in 1847. 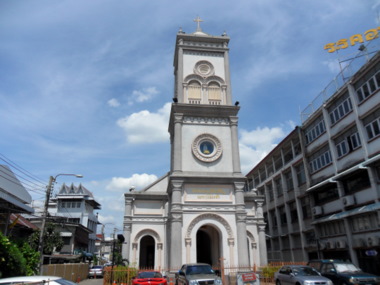 The destruction of Ayutthaya in 1767 was not only a major setback for Thai civilization but also for the Catholic Church in the kingdom.

The birth of Bangkok saw the reestablishment of the Catholic Church, which built many beautiful Bangkok churches that are still standing today.

Another old Bangkok church is the Santa Cruz Church built in Kudi Jeen, Thonburi in 1770 by the Portuguese with a royal grant of land from King Taksin given in appreciation of Portuguese help during the Burmese wars. 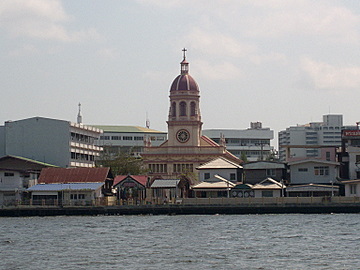 The arrival of the French Catholic missionaries caused some conflict with their Portuguese counterparts.

The latter subsequently moved out of Santa Cruz Church to start Holy Rosary Church in Samphanthawong near Chinatown in 1786 from a land grant by King Rama I. 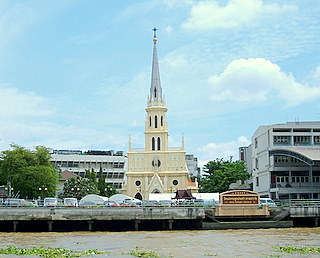 One of the most beautiful Bangkok churches is the Assumption Cathedral near the Oriental Hotel on the Chao Phraya River. Completed in 1821, the cathedral was the brainchild of Father Pascal, a French missionary, who named the church to honor the taking up of the Virgin Mary to heaven. 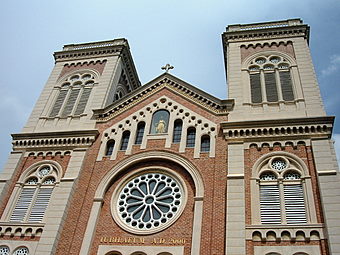 The presence of a substantial Vietnamese population in Samsen gave rise to another Catholic church in their neighborhood. In 1851, King Rama IV or King Mongkut granted land to French Bishop Pallegoix to built St Francis Xavier Church which has become the center of the Vietnamese community in Soi Mitrakham, Samsen.

For a complete list of Catholic churches in Bangkok. 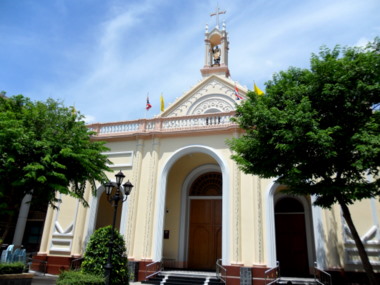 The first Protestants arrived in Bangkok in 1828. Other Protestant missions followed in the 1830s. The American Presbyterian Mission came in 1840. In 1860 they built the First Presbyterian Church in Samray,Thonburi.

This church was subsequently rebuilt in 1910 and was one of Thailand's entries to the UNESCO Asia-Pacific Heritage Awards for Cultural Heritage Conservation in 2005. 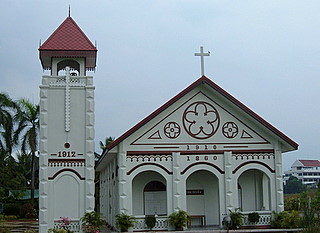 In the reign of King Rama IV, the British in Bangkok built Christ Church, an English speaking church for Protestant Christians, in 1864 on the banks of the Chao Phraya in Charoen Krung Road where many foreign embassies were located. 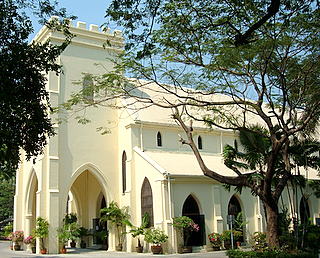 A royal donation of land was made in the reign of King Rama V (1868 – 1910) for Christ Church to be rebuilt in Convent Road near the junction with Sathorn Road.

The Protestant Cemetery Bangkok is another old Protestant institution that was stood the test of time. This is where many of the early missionaries, doctors and administrators in Bangkok were buried. 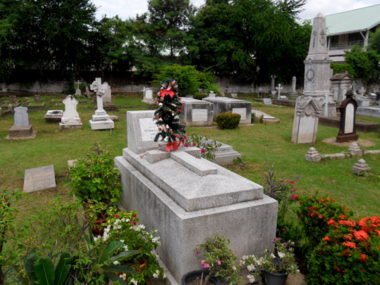 Several of the Bangkok churches became the center of a cluster of schools, convents, colleges and universities that emphasized on academic excellence and the raising of responsible citizens through religious tolerance.

Besides being the center of religious and educational activities, the beautiful architecture and tranquility of these Bangkok churches provide the visitor with a pleasant respite from the busy and congested city.

Bangkok churches are the legacy of the efforts of the early missionaries and the generosity and religious openness of generations of Thai kings. 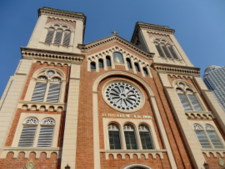 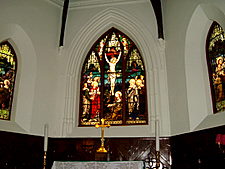 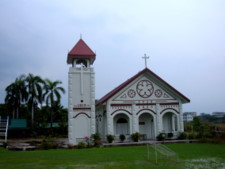 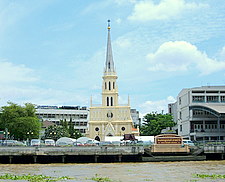 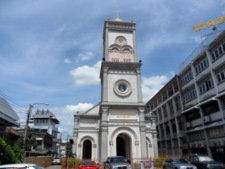 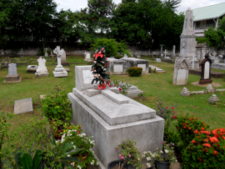 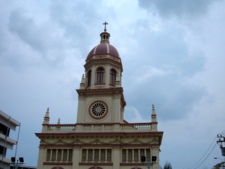 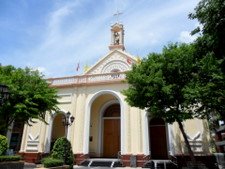