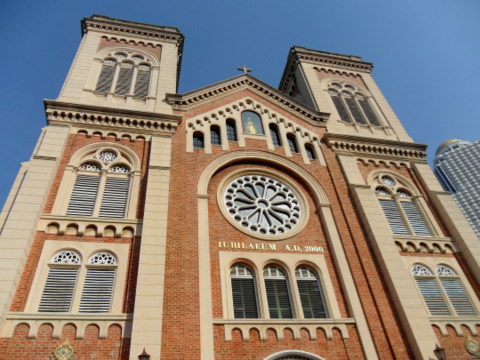 The French built Assumption Cathedral, an old Catholic church in Bangkok opposite the famous Oriental Hotel, not far from the French Embassy. Brainchild of a French missionary, Father Pascal in 1809 and creation of a French architect, the cathedral was completed in 1821, in the reign of King Rama II.

Please see map to the cathedral.

The cathedral was named Assumption to honor the taking up of the Virgin Mary to heaven after her death.

The Feast of the Assumption, St Mary's Day on 15th August commemorates this religious occasion.

Finally; the Immaculate Virgin, preserved free from all stain of original sin, when the course of her earthly life was finished, was taken up body and soul into heavenly glory, and exalted by the Lord as Queen over all things, so that she might be the more fully conformed to her Son, the Lord of lords and conqueror of sin and death.

Catechism of the Catholic Church 3:6


The French were present in Thailand since 1662, when the capital was in Ayutthaya. With the destruction of the old capital, missionary work was put on hold. This was resumed after the establishment of Bangkok as the capital.

A French architect designed the original building with material imported from France and Italy. The present building was reconstructed in 1909. Damaged during World War II, the cathedral was restored after extensive repairs. 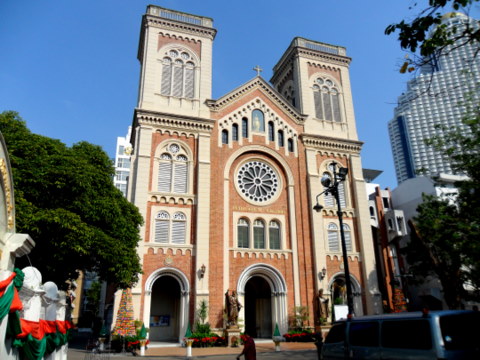 An impressive tall rectangular structure, the cathedral is a departure from the 18th century Bangkok churches like the Santa Cruz Church and the Holy Rosary Church with their domed belfries and high steeples. 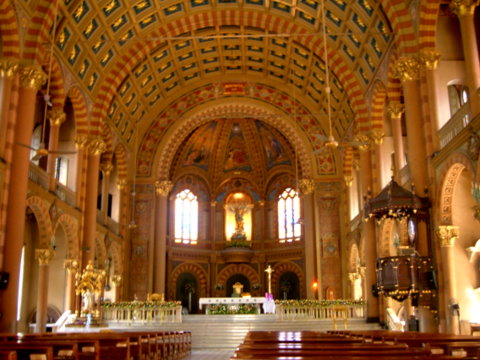 It's striking red brick exterior sets the cathedral apart from the surrounding white buildings. Tall square towers flank the main entrance leading to the spacious nave with a high ornate ceiling. The cathedral is open everyday for worshippers.

As the main church of the Catholic Archdiocese in Thailand, the cathedral had the honor to host the visit of the late Pope John Paul II in May 1984, a memorable occasion for the Catholic Church in Bangkok. 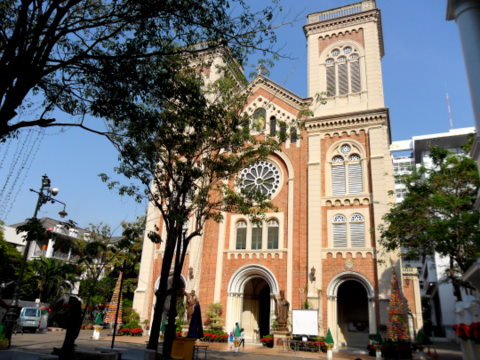 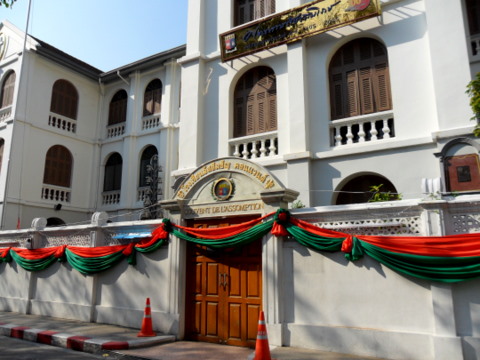 The educational institutions of Assumption are synonymous with academic excellence in Thailand. 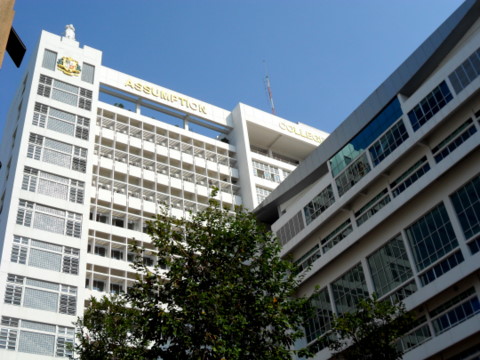 Assumption Cathedral Bangkok is one of the many historical buildings preserved for posterity in an architectural style that's rarely seen today.

Like a little part of old Europe transferred to Bangkok, it's a quaint legacy of the early French community.

Here are some shots of this old cathedral during Christmas in 2008. 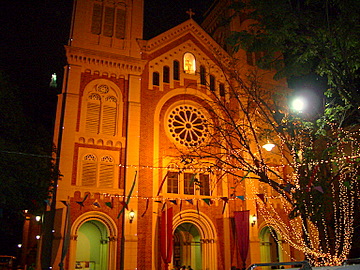 The facade in the lights 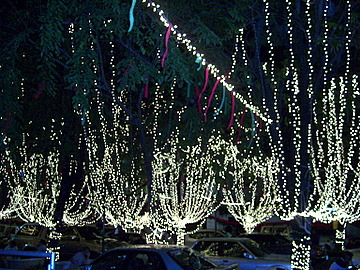 Lighted trees in the carpark 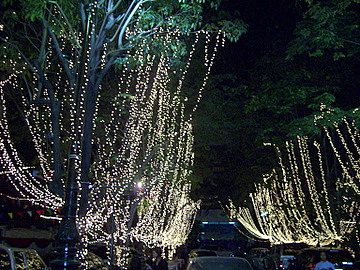 Assumption Cathedral is in Charoen Krung Soi 40.The soi is also known as Soi Oriental as the famous Mandarin Oriental Hotel is located opposite the cathedral.

The easiest way to get there is by the Green Line (BTS Sky Train) to S6 Saphan Taksin Station. Then take a Chao Phraya river boat from the Sathorn Pier to N1 Oriental Pier.

Alternatively you could take a leisurely walk from S6 Saphan Taksin Station along Charoen Krung Road to Soi Oriental. It's about 800 m.

For other Bangkok churches.