St Francis Xavier Church
honouring the Apostle of the Indies

St Francis Xavier Church is an old Catholic church in Soi Mitrakam Bangkok, dedicated to the Jesuit who spent his life spreading the gospel in Asia, although he never set foot in Thailand.

Soi Mitrakam, Samsen is an area known for its Vietnamese immigrants fleeing religious persecution in Vietnam. Two wars with Vietnam in the reign of King Rama III brought more Vietnamese to the area.

With the growing Catholic population there was a need for another church besides the Immaculate Conception Church in Soi Mitrakham. In 1834 King Rama III donated the land and funds for another Catholic church.

Please see the map to the St Francis Xavier Church

The church was named St Francis Xavier, after the Spanish-born, French-educated Jesuit who came to the Far East to spread the gospel. He traveled extensively to India, Malacca, Moluccas or Spice Islands (presently the Maluku island group in Indonesia) and Japan. 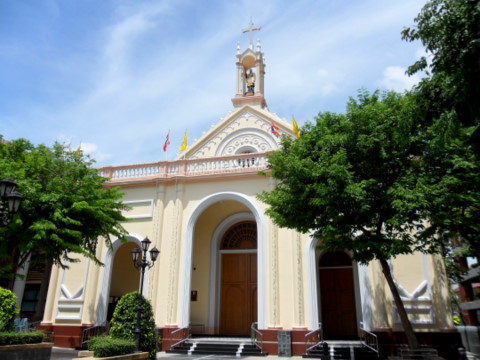 He appointed twelve—designating them apostles—that they might be with him and that he might send them out to preach.


And he called the twelve and began to send them out two by two, and gave them authority over the unclean spirits. He charged them to take nothing for their journey except a staff—no bread, no bag, no money in their belts— but to wear sandals and not put on two tunics.


The original church, a bamboo structure, collapsed in a storm in 1837 and was replaced by new church, this time made from timber.

Earlier in 1824, when King Rama III succeeded to the throne, his younger brother Prince Mongkut was ordained as a monk and remained so for the entire 27 years of the Third Reign.

This association was to have far-reaching consequences for the Catholic Church in Bangkok. In 1851 when Prince Mongkut ascended to the throne as King Rama IV, he donated land for Bishop Pallegoix to build a new St Francis Xavier Church.

A donation drive was made in 1853 to raise funds for a more permanent church with European architecture. This new St Francis Xavier Church took 10 years to complete and this is the present church building. 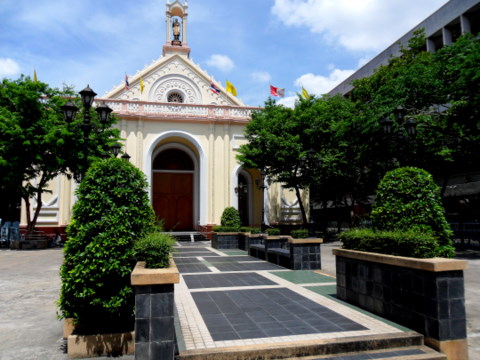 Courtyard in front of the church

There is a monument at one end of the courtyard with an interesting history. It was cast in the Italian city of Florence during King Rama V’s European tour in 1897. The monument was placed in several royal palaces including Dusit Garden and Amporn Garden.

Finally in 1949, the monument was presented to the St Francis Xavier Church. The inscription on the wall behind relates the history of this monument and the biblical passage related to Jesus healing the blind Bartimaeus. 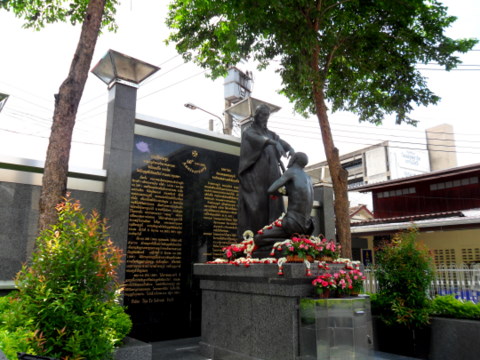 "Jesus, Son of David, have mercy on me!"

"What do you want me to do for you?" Jesus asked.

"All right, it’s done. Your faith has healed you."

This wall was installed in 2009, the 60th anniversary of the monument in the church.

Before he died, St Francis Xavier remarked that if he couldn't enter China directly, he would go to Siam (Thailand) and enter China through Siam.

While trying to enter China, he died on Sanchian Island off the coast on 3 December 1522, a day commemorated by the feast of St Francis Xavier.

Though he never made it to Thailand, the St Francis Xavier Church in Bangkok stands in his memory, a fitting honour to the Apostle of the Indies.

Take the MRT Blue Line to BL9 Bang Pho. From there take a taxi or tuk tuk there, it's about 3 km. Tell the driver you are going to Soi Samsen 11 or 13.


Soi Mitrakham is not shown in street signs; it’s the area around Soi 11 and Soi 13. The following bus services from the city pass Samsen Road.

There are no convenient river piers in the Soi Mitrakham area. While you are there, visit the Immaculate Conception Church as well.

When you come in from Soi Sam Sen 11, you will approach the church from the rear gate. Here’s a rear view of the church. 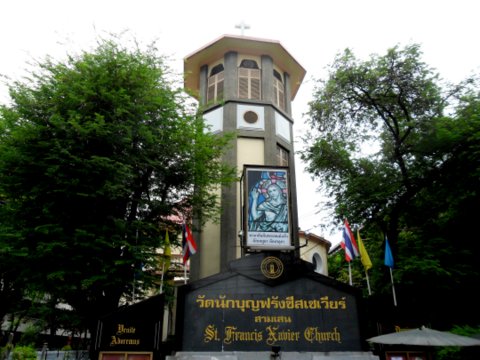 View of the church from Soi Sam Sen 11

The front of the church faces the river, a legacy of the old days when people travelled by boat and there were hardly any roads. The front of buildings then faced the river or canal.

For other old Bangkok churches. 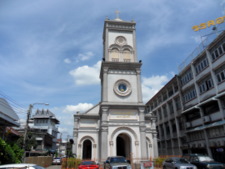