Hotels in Silom
the legacy of windmills

Hotels in Silom the legacy of windmills are a mix of 5 star hotels and cheap hotels in the heart of Bangkok’s commercial and entertainment area with a long tradition of royal connections and a quaint history.

These Bangkok hotels are located with banks, commercial buildings, moneychangers, shopping centers, restaurants, street vendors, night markets and other entertainment that make Silom Road a hive of activity for both tourists and Thais alike.

Click on the link to go directly to the area you want.


Silom or windmill in Thai, used to be an area covered by orchards and yes, windmills to draw water from the canals to water the vast orchards. The area is in a very old part of Bangkok, the Bangrak district, named after a huge Rak tree trunk found in one of the canals.

There're other versions of the origins of this name. Owing to the many hospitals in the area, it 's believed the name came from "raksa", as in healthcare. Whatever the reason, the roads in Bangrak have a long tradition of royal connections.

Silom Road was built by excavating a canal in the middle to allow for canal and land movement. Several of the roads in Bangrak were similarly constructed and named after noblemen who were awarded royal titles for their contributions to road construction.

The Sala Daeng area in Silom was originally royal land. Its name, red-roofed pavilion, was derived from the red roof of the train station built in the area by the Danish railway company.

The Sala Daeng skytrain and Silom subway stations are in this area and provide convenient public transport for the Patpong and Convent Road areas as well.

The site of a nobleman's mansion in Saladaeng is now the 5 star Dusit Thani Hotel one of the prominent hotels in Silom.

The Dusit Thani Hotel, the grand dame of Silom, celebrated its 36th anniversary in 2006. To commemorate the occasion, the hotel has organized an exhibition of old photographs tracing its history from 1970, when it opened its doors to 2006. The exhibition will be from 16 November 2006 – February 2007.

Further on, the Le Siam Hotel is nestled in Convent Road, where St Joseph's Convent, a premier girls' school and the Carmelite Monastery are located. 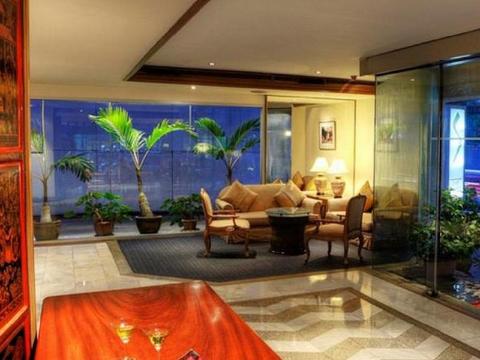 Patpong, the night entertainment area between Silom and Surawongse Roads, was originally the family estate of Luang Patpong Panich, a title awarded to a rich Chinese immigrant. The raunchy activities in the area have somewhat eclipsed its regal origins.

For those who wish to have hotels in Silom within a staggering distance from their watering holes, here they are: 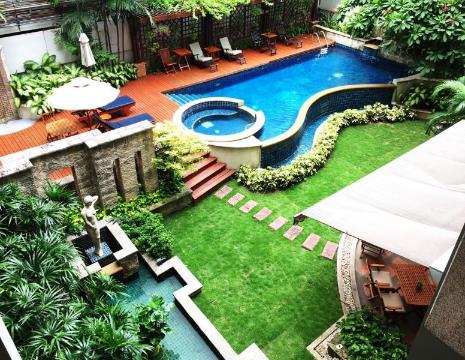 Chao Phraya Surawongse Wattanasak gave his name to Surawongse Road, a road parallel to Silom Road, where these hotels are located:

Chao Phraya is also the highest title in ancient Thai nobility, similar to the Duke in British nobility. The title is no longer in use. The other titles in descending order, with their British equivalents in brackets, are Phraya, (Marquis) Phra, (Earl) Luang, (Viscount) and Khun (Baron). 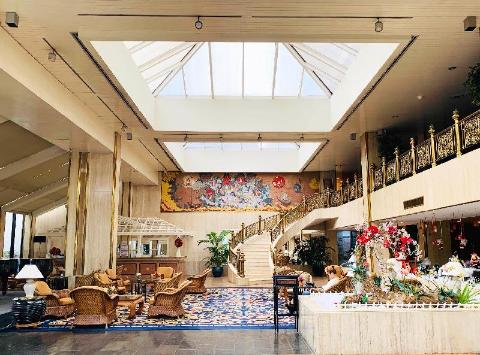 Decho Road, further down Silom Road, got its name from Phraya Siharaj Decho. The Bangkok hotels around the Decho intersection are: 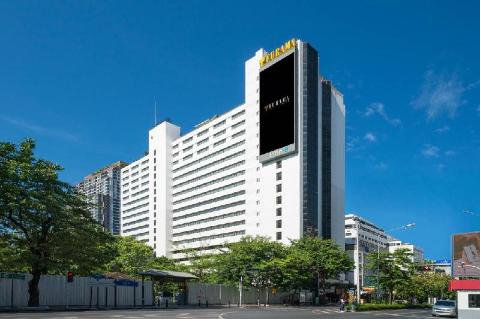 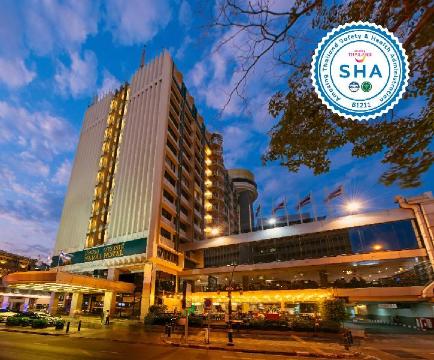 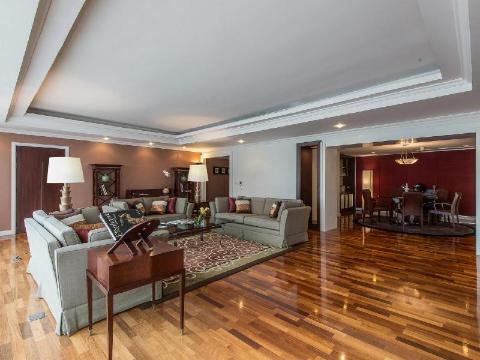 Further along Silom Road stands a famous landmark, the Sri Mariaman Temple. These hotels are across the road from the temple, in Soi Silom 22. 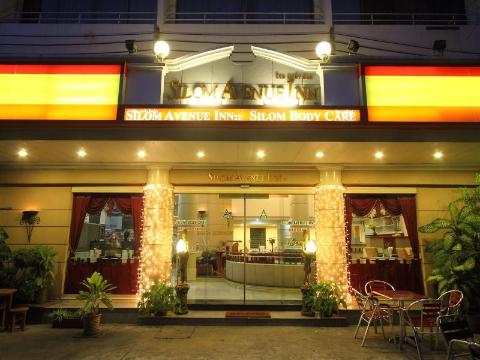 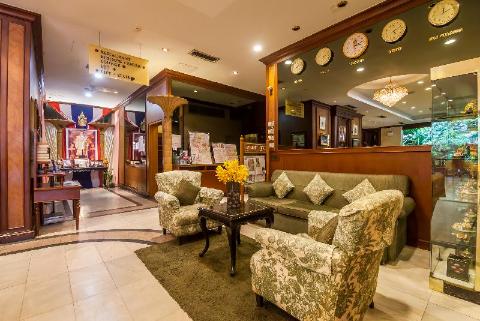 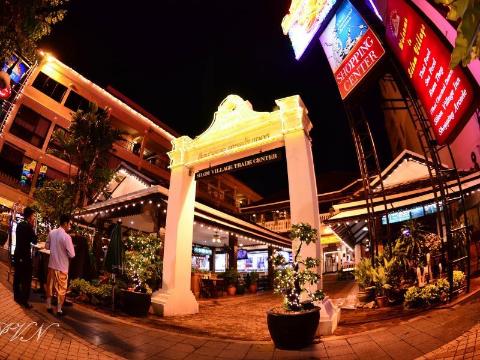 These hotels in Silom are not far from Decho Road and conveniently located near the Chong Nonsi skytrain station in Narathiwat Road. 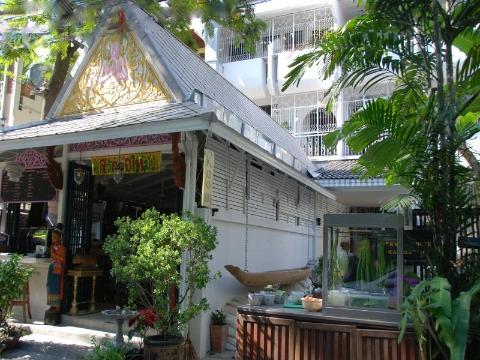 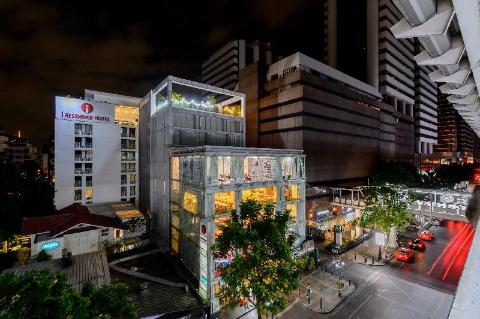 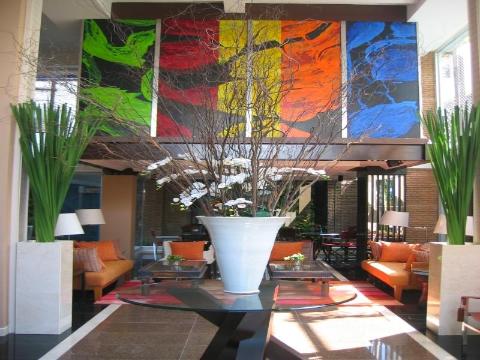 There are more hotels in Silom are around the Mahesak intersection which is closer to the Chao Phraya River and most of them are quite cheap hotels. 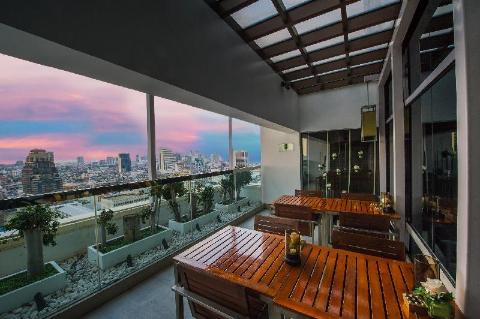 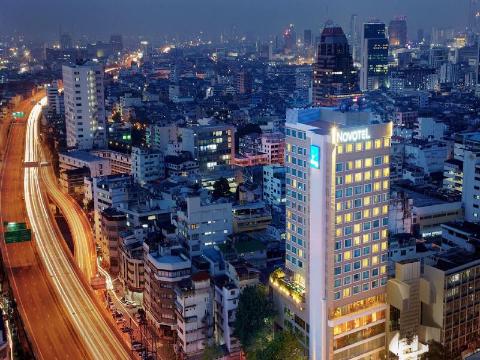 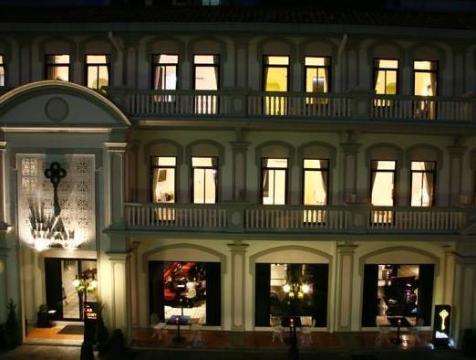 Across the road from the Dusit Thani Hotel, a large tract of Saladaeng became Lumphini Park, a gift from King Rama VI to the people in 1925. Up-market high-rise apartments are sprouting up in Soi Saladaeng, the area behind the hotel.

The subway runs under Rama IV Road, which used to be a canal as well, stopping at the Silom Station below the busy Saladaeng junction, under the benign eye of the King Rama VI Monument.

The subway continues on passing under the Mandarin Hotel Managed by Centrepoint and Crowne Plaza Lumphini Park completing our list of hotels in Silom. 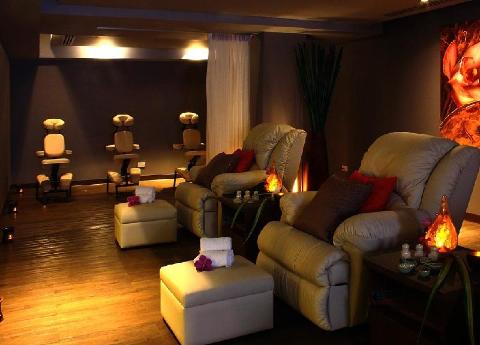 The red-roofed railway station that gave its name to Saladaeng is no longer there, its place taken by the Saladaeng skytrain station, less the red roof.

In the early 1960s, the canal along Silom Road was filled up for road expansion. So were the canals in the neighboring roads like Surawongse Road.

In Patpong, it's business as usual. The windmills, of course, are gone, save for one that's a monument at the junction of Silom and Narathiwat Roads.

But the hotels in Silom, the commercial areas and the pavements in Silom Road are still bustling with life.

For other Bangkok Hotels