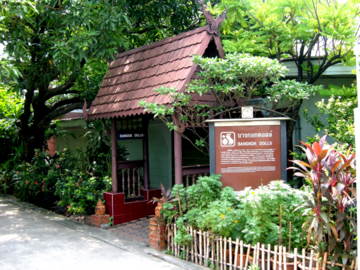 The entrance to the dolls museum

The Bangkok Dolls Museum is one big doll house full of antique collector dolls made by a master doll maker who has refined the art of doll making for the preservation of the culture and tradition.

The museum is the brainchild of Khunying Thongkorn Chanthawimol, who trained as a doll maker in the Ozawa Doll School, Tokyo Japan.

Set up in 1956, the museum has a doll collection of more than 400 Thai hand-made dolls from local material.

The quality of the dolls in the Bangkok Dolls Museum is well known to doll collectors and connoisseurs the world over. Accolades for Khunying Thongkorn and her Bangkok dolls include 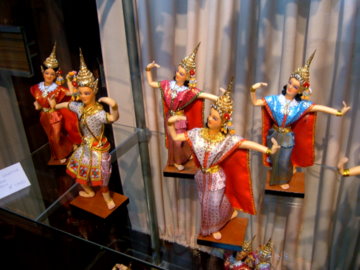 There are two sections in the dolls museum; the outer room consists of antique and collector dolls which are not for sale, dolls displayed in the inner room are for sale. 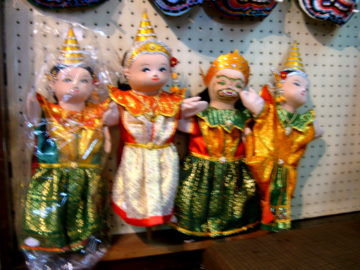 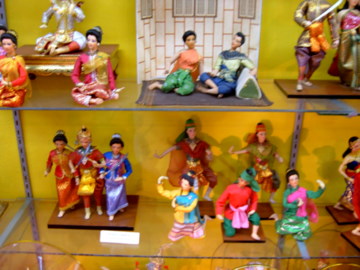 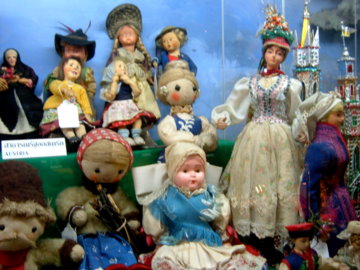 Dolls are made with painstaking attention to details in costume designs and doll houses.

The Bangkok Dolls Museum doesn’t just display individual dolls but dolls in scenes depicting life in rural Thailand, farmers at home, at work in the fields or children at play.

The morning scene of life in a riverside village with monks passing in boats to collect alms as food vendors sell their wares in boats is one example.

Others are of farmers working in the fields and rural folk from the various provinces participating in traditional folk dances during festivities. 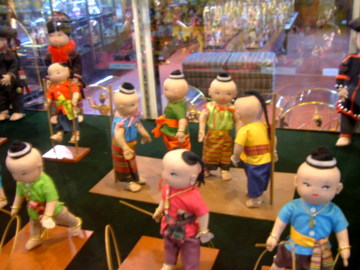 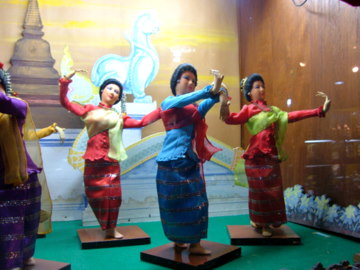 An attractive display is that of the various hill tribes in their colourful traditional costumes going about lives in their villages. 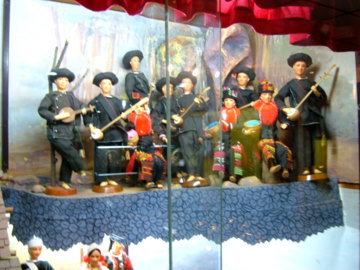 The scene that was really touching was the Nativity scene in a traditional Thai setting! 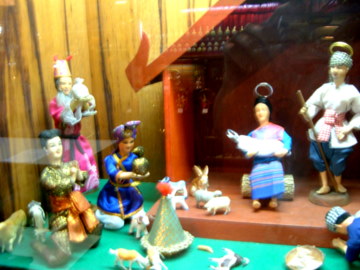 The Nativity in Thailand

The centerpiece of the Bangkok Dolls Museum is the comprehensive doll collection of the various characters in the Khon dance drama based on the Ramakien. 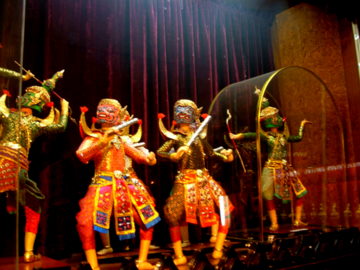 The array of Khon dolls in the Ramakien, with the forces of good and the forces of evil deployed in battle, is an impressive display taking up an entire wall. 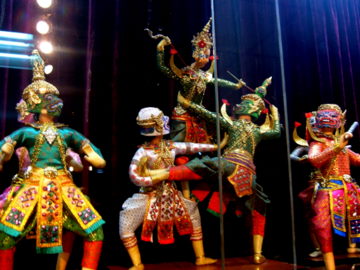 The miniature Khon masks are another fascinating example of the skills of the doll makers. If making the elaborate life-sized version is difficult enough, just imagine making the miniature. 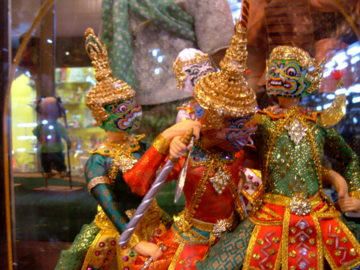 The Bangkok Dolls Museum encapsulates invaluable aspects of Thai traditional life and culture as a legacy for generations to come.

I was told by a staff member that Khunying Thongkorn is now in her 90s and spends her time at home. The doll project that she has started goes on.

Map to the Bangkok Dolls Museum

On foot or by car

From the Pratunam junction proceed northwards along Ratchaprarob Road, past the level crossing at the Makkasan junction.

At the next junction with Sri Ayutthaya Road turn right. Proceed on till you reach a fork junction.

Proceed along this soi under the flyovers following the route marked on the map till you reach the museum, which is a single-story building within a walled compound with several other houses.

If you're driving, take the right fork, as it's a one-way street.

Take the Green Line (Sukhumvit Line) to N2 Phaya Thai. From the station, take a taxi there.

The address of the museum is: