Hotels in Siam Square consist of 5 and 4 star hotels, serviced apartments in Bangkok in an area with numerous shopping malls ideal for a one-stop shopping and entertainment experience.

The shopping area goes on for another kilometer or so to the Chitlom and Ploenchit skytrain stations. The hotels in Siam Square are not just in an area famous for shopping malls, the area has its share of history and royal legacies.

The hotels fall into four broad areas. Click on the links below to go directly to these hotels.

In the early 1900s, the site of the Central World Plaza was occupied by Petchabun Palace, the royal residence of Prince Chudadhuj Dharadilok (1892-1923), son of King Rama V and Queen Saovabha.

The first building within the palace grounds to be built in 1919 was Tamnak Prathom, a traditional Thai wooden building assembled by craftsmen. In 1984, Petchabun Palace was acquired by the government for public use.

Fortunately, Tamnak Prathum was spared from demolition. A year later, the wooden structure was dismantled and reassembled according to its original plan in Ngam Wong Wan, Nonthaburi province, just north of Bangkok where it still stands today.

This task was undertaken by conservation architect Sunon Palakavongse na Ayudhya of the Fine Arts University. Tamnak Prathom was designated as a heritage home by the Association of Siamese Architects in 1985.

Behind the Siam Discovery Centre is a large expanse of land, walled in and shielded by thick clumps of trees. Within these grounds barely noticeably from the road, stands Sra Pathum Palace built in 1920.

This was the former home of the parents of HM the King, HRH Prince Mahidol of Songkla and HRH the Princess Mother. Their Majesties the King and Queen were married in this palace. Sra Pathum is currently the royal residence of HRH Princess Maha Chakri Srindhorn.

Let's take a tour of the shopping attractions.

The skywalk runs under the Bangkok skytrain line, which serves the area linking the National Stadium, Siam, Rajadamri, Chitlom and Ploenchit stations. Strung out along this 2 km stretch are 19 hotels that make up the hotels in Siam Square.

Besides helping to ease the congestion in the pedestrian way below, the skywalk links the major shopping malls and the hotels in Siam Square creating an integrated shopping and entertainment complex.

This development by Central Pattana, a shopping mall and hotel conglomerate, is a community service to residents and visitors to Siam Square.

The major Bangkok shopping malls in the area are Mah Boon Krong, Siam Discovery Centre, Siam Centre, Central World Plaza, Gaysorn Plaza, Bangkok Erawan and Chitlom Central. Next to the Siam Centre is what has been touted as the pride of Bangkok.

The Siam Paragon opened in a media blitz on 9 December 2006. The premier shopping mall with half a million sq meters of shopping space has high-end retailers on interior décor, fashion, leisure and fine dining.

The complex houses 40 restaurants, a gourmet market, a cultural center, an opera house and the Siam Ocean World, the largest underwater world in Asia.

Has that whet your shopping appetite?

The Bangkok hotels in Siam Square are grouped according to proximity to the nearest Bangkok skytrain station, for ease of reference and for your traveling convenience. Major shopping malls near the skytrain stations are included for avid shoppers. 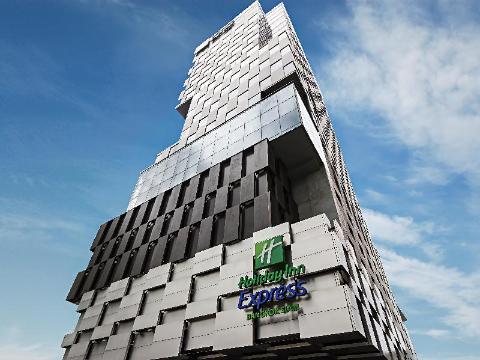 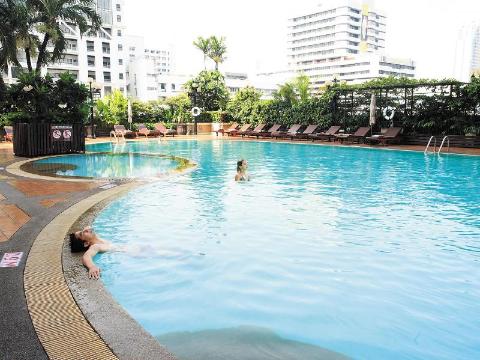 There is a wider selection of hotels further down the road around the Chitlom and Ploenchit stations, just two stations away from Siam Square.

Find hotels in Siam Square with the search box below.

These hotels are near the Ratchaprasong junction, a junction famous for its Hindu shrines for each of major shopping malls in the area. The nearest skytrain station is Chitlom.

Major hotels and shopping malls are: 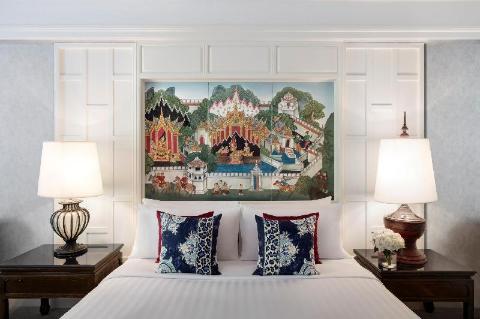 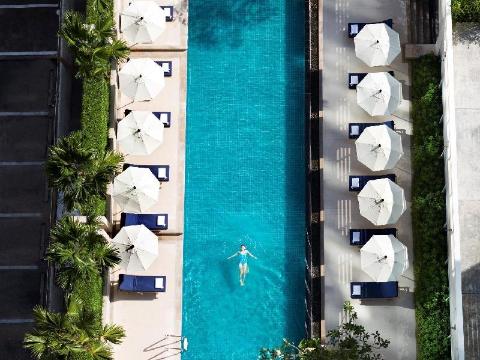 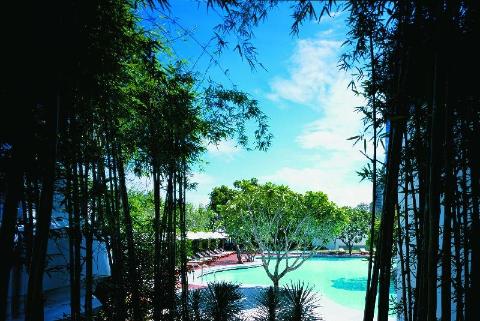 A hotel of special interest is the 5 star Grand Hyatt Erawan Hotel whose fortunes are inextricably linked to the legend of the Erawan Shrine.

To locate these hotels in Siam Square and the Ratchaprasong junction, please use the search box below.

Lang Suan (“behind the park” in Thai) is the area behind the Lumphinee Park. The hotels are in Lang Suan Road which leads out the Chitlom junction and skytrain station. 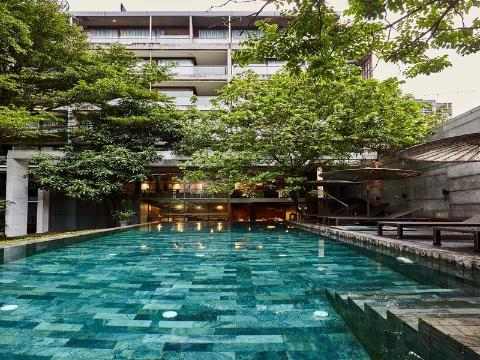 These hotels here are in the Ploenchit/Wireless Roads or in Ruan Rudee Road near the Ploenchit skytrain station. The major shopping mall here is the Four Seasons Place near the Conrad Hotel. 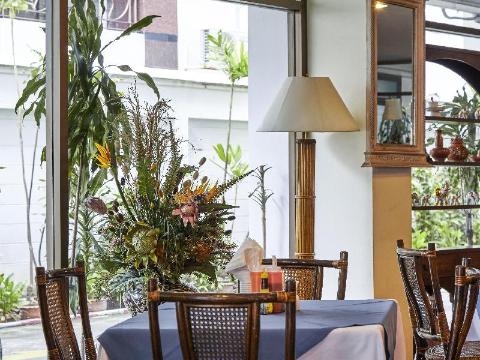 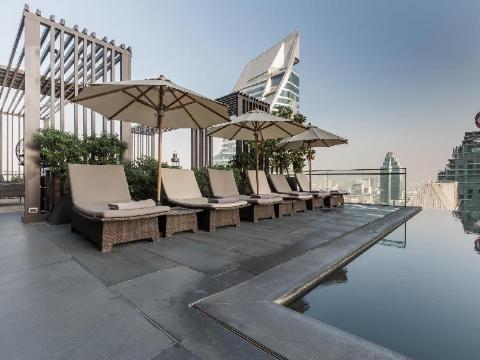 To locate these hotels in Lang Suan and Ploenchit areas, please use the search box below.

The hotels in Siam Square provide a one-stop entertainment and shopping experience in a complex of inter-linked shopping malls complemented by the Bangkok skytrain.

For other Bangkok hotels.