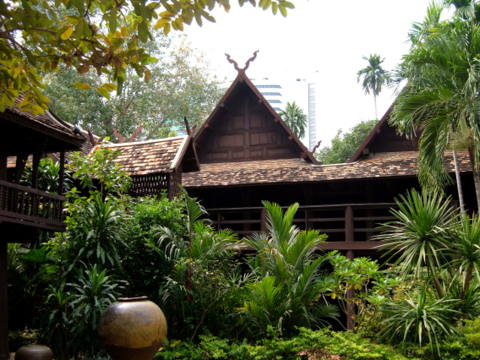 Lanna house with kalae on the gable

Please see map to the house.

The Lanna (a million rice fields) Kingdom, is an old 13th century kingdom in northern Thailand, started by King Mengrai in 1259 who established his capital in Chiang Mai in 1291.

Captured by the Burmese in 1550s, retaken by King Taksin in 1774, Chiang Mai became a vassal of Thailand until the reign of King Rama V when it came under direct rule.

From this kingdom grew a society with a distinctive culture and language along with its own traditions and customs, rituals and festivals.

The family home on the Ping River

One such Lanna family steeped in these traditions were descendants of a prince from Yunnan in Southern China who migrated to northern Thailand. The matriarch Mae Nai Saed, a great granddaughter of the prince, built the original Kamthieng House in 1848 on the banks of the Ping River in Chiang Mai.

In a matriarchal society, the Lanna women are heads of households, own property and have rights of inheritance. The family home was owned by three generations of descendants, Mae Nai Thip, Mae Kamthieng and Mae Kim Haw who lived in the house till 1963.

Making of a museum

The timber house, with its characteristic "Kalae" or 'V' shaped wooden carving at the apex of the gable, is regarded as one of the rare examples of traditional Lanna architecture and art. 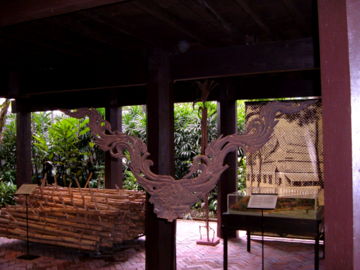 To preserve Lanna culture for future generations, Mae Nai Haw donated the house to the Siam Society as an ethnological museum.

In memory of her mother Mae Kamthieng, the museum was named Kamthieng House.

It took two years to plan, dismantle and move the old house from Chiang Mai to be reassembled in the grounds of the Siam Society in Bangkok. The Asia Foundation and John D Rockefeller Foundation funded the project. 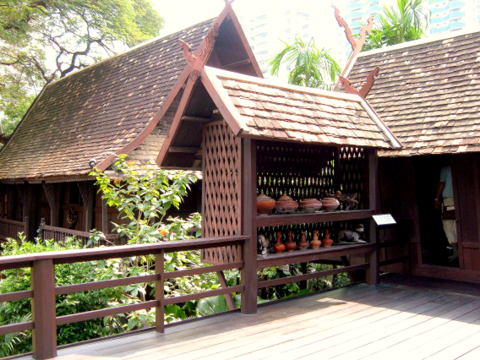 A tour of this traditional Lanna house gives the visitor an insight to the Lanna lifestyle, rituals, beliefs, family life, culture, art and architecture.

Lanna society practices animism, a belief in the presence of spirits in natural objects and phenomena.

Special rituals are performed to appease these spirits before any family or communal activity.

The Naga serpent is symbolic of water vital for rice cultivation, the rice goddess influences the rice crop, a staple food and the buffalo spirit affects the beast of burden working the fields.

Being an agricultural society there's a deep respect for nature and the need to be in harmony with the elements. Ancestral worship is also practiced as seen from the family ancestral altar in the guest hall of the main house. 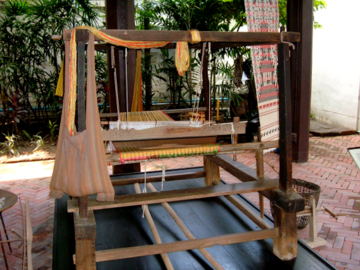 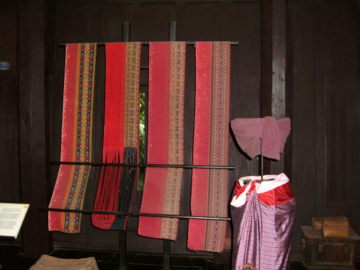 Weaving, a traditional Lanna craft is evident from the beautifully embroidered fabrics in the bedroom, where elaborately carved wooden lintels are installed above the doors to protect the occupants. Talismans and amulets are also popular forms of protection for individuals and homes. 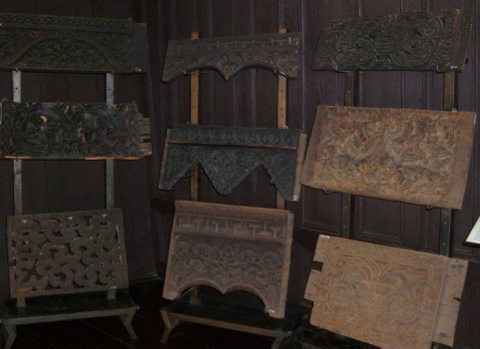 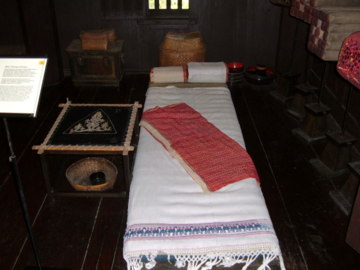 Kamthieng House is a museum dedicated to preserving a lifestyle from a culture that's almost 800 years old, providing an interesting study in a traditional society that's fast disappearing. 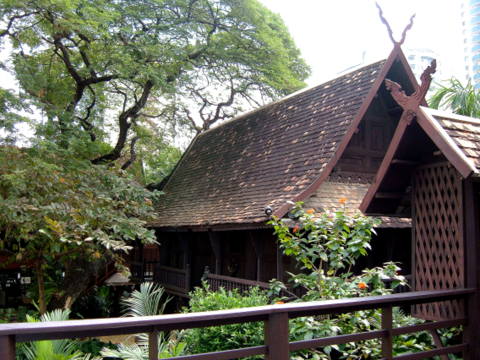 
View Map to Kamthieng House in a larger map

This Lanna house is located in the grounds of the Siam Society, which is about 250 m north of the Asoke junction between Sukhumvit Road and Soi Asoke.

To beat the traffic jams in the area, take the Green Line (BTS Sky Train Sukhumvit Line) to the E4 Asoke Station or the MRT Blue Line to the BL21 Sukhumvit Station.

These two interchange stations are collocated at the junction.

While you're there, drop in at the gift shop to the right of the main entrance. It has a beautiful collection of fountain pens, greeting cards and stationery for every occasion.

For more on the history and culture of northern Thailand, visit Chiang Mai online with Kevin Butters.