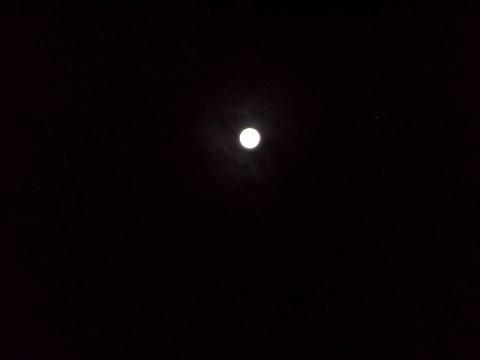 In the Loy Krathong 2012 celebration this year, we take a look at how residents in a neighbourhood park in Bangkok partake in the centuries-old Loy Krathong Festival in their own quiet and simple way.

Park in honour of the 80th birthday of HM The King

The venue for our Loy Krathong celebration is this public park located in the public housing area in Soi Ngam Dupli that is just off Soi Suan Plu.

It’s next to the Department of Civil Aviation.

The park was officially open by HRH Princess Maha Chakri Srindhorn on 20 April 2012 when she planted a Chaiyapruek* tree in the park. 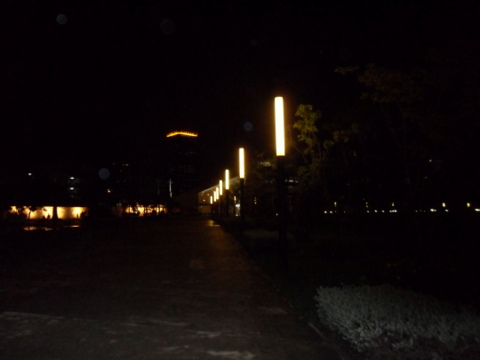 The park on Loy Krathong night 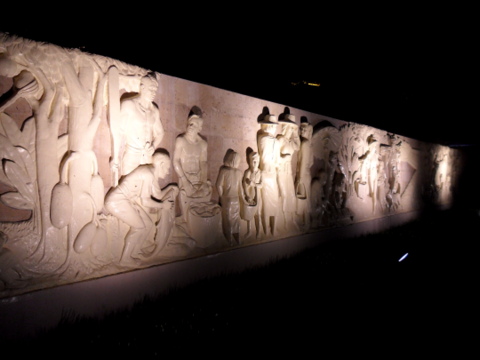 Some of the sculptured walls

For the location of the Loy Krathong 2012 celebrations

Loy Krathong is celebrated nation-wide and many provinces have their own special events for this occasion.

Sukhothai where the Loy Krathong tradition reputedly originated in Thailand has the most spectacular Loy Krathong celebrations with light and sound displays, colourful float and fireworks very year.

Chiang Mai floats the Yi Peng lanterns up to the sky instead of krathongs in the water. This year the Civil Aviation Department informed all airlines to cease flights to Chiang Mai by 1830 hours on 28 November 2012.

Not to be outdone, Asiatique a Bangkok shopping and dining mall by the Chao Phraya also organized a grand Loy Krathong celebration with cultural shows and a float procession on the river.

This Loy Krathong 2012 I decided to stay around the Suan Plu/Nanglinchi neighbourhood and see how the residents celebrate Loy Krathong. I just wanted something peaceful, less the crowds, loud music and the dazzle of lights and fireworks.

You could feel the cheerful mood on the streets that evening as adults and children made their way to the nearest river or pond with their krathongs. 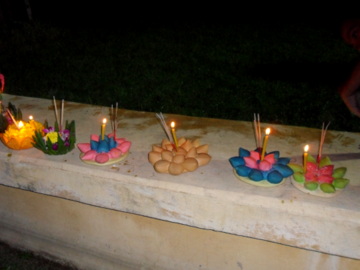 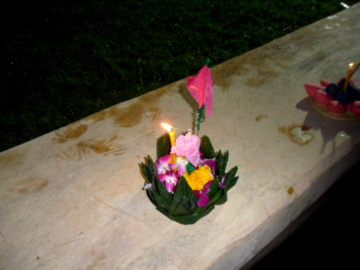 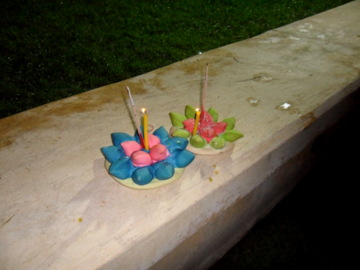 At the park, the enthusiasm and spontaneity of the children was irrepressible. They were eagerly waiting for their mother to light up the candles and the more impatient ones lend a hand. 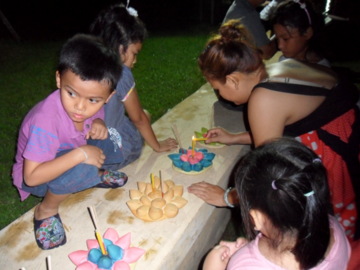 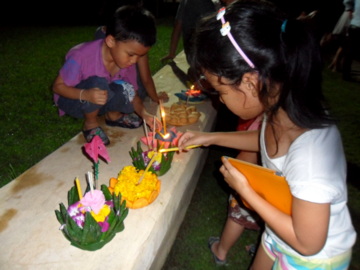 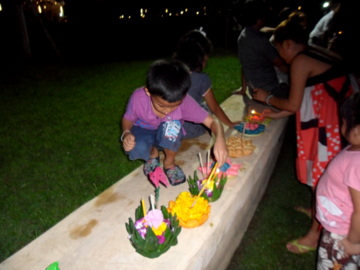 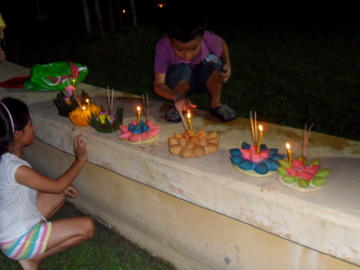 
For the kids, the annual Loy Krathong celebration is a chance for an outing, to stay up late and do something different. Such are the simple joys of childhood.

Traditionally krathongs are floated off in rivers, the source of life, to ask for forgiveness for our wrongs and to give thanks for the benefits we have received. A wish is silently made before the krathong is floated off to take away the bad luck. 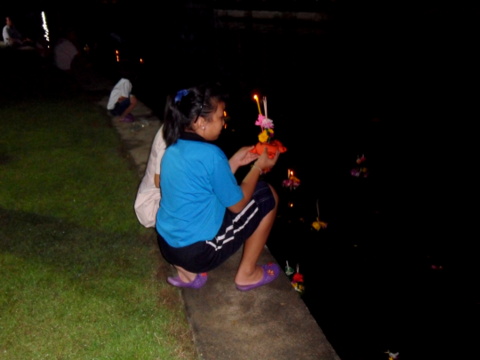 The more traditional folks still prefer to go to the river for this ceremony. For this reason, many of the Chao Phraya river piers are packed during the Loy Krathong Festival.

However for practical purposes many others simply float their krathongs in ponds or lakes in public parks.

It’s the most convenient thing to do instead of going all the way to the river which takes more time because of the heavy traffic on Loy Krathong night.

A Thai friend related her childhood Loy Krathong experience when her mother gathered all the children on the roof terrace, filled a huge basin with water to float their krathongs safely, after it’s the symbolism that counts.

This way there is no risk of any of the children toppling into the river. Fireworks from a location nearby added to the atmosphere.

Back at the park, krathongs were finally ready. The children rushed to the edge of the pond to float them off with jubilant whoops of, "May I have happiness, happiness!" exuberance straight from the heart. 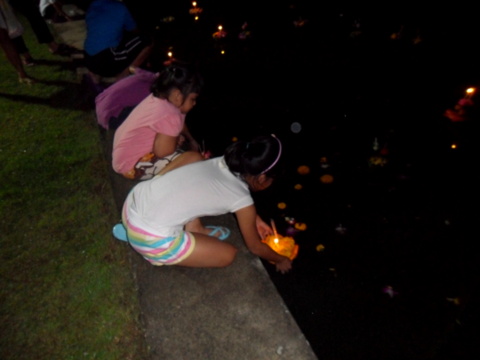 Floating off the krathong 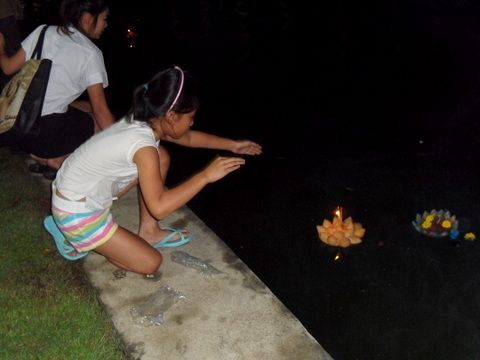 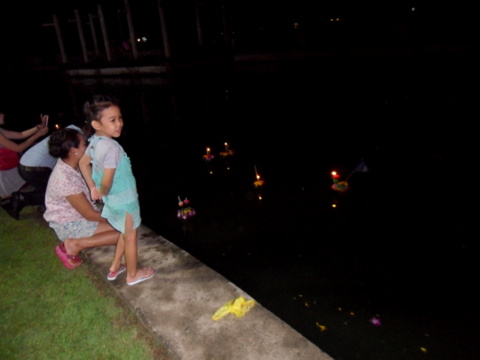 Note that the Thung Mahamek Driving Range as indicated in the Google map is no longer there. That is the present location of the park.

Proceed on till you reach a T junction then turn left.

Continue on and turn left at the next junction.

You will see the park just next to the Department of Civil Aviation building.

Admission to public parks is free.


For other Loy Krathong Festivals 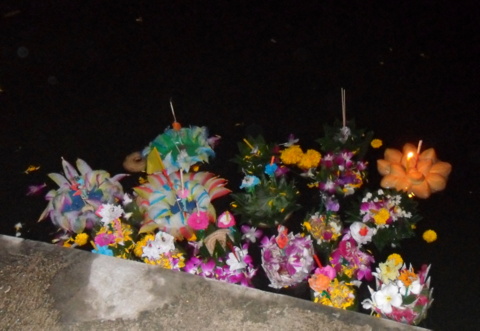 My thanks to my Thai friends Mon and Wan for sharing their personal Loy Krathong experiences with me. Sometimes it’s the simple ways that are far more meaningful.

I am also grateful for their help in translating the name of the tree Chaiyaphruek from Thai to English (Cassia javanica or Pink Shower tree).