For hotels in Don Mueang and the history of Don Mueang

To get to the city, please see the Suvarnabhumi Airport Link which opened on 23 August 2010.

Suvarnabhumi Airport, opened in September 2006, took 33 years to complete. The Bangkok airport hotels in Suvarnabhumi are divided into various areas. Click on the link to go directly to the area you want. 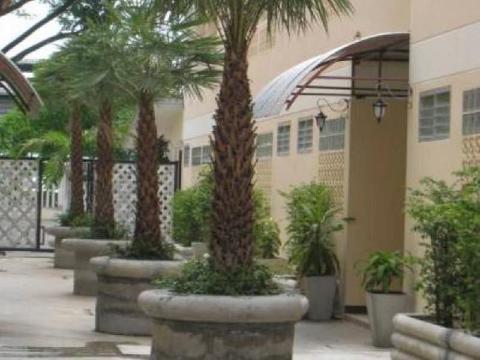 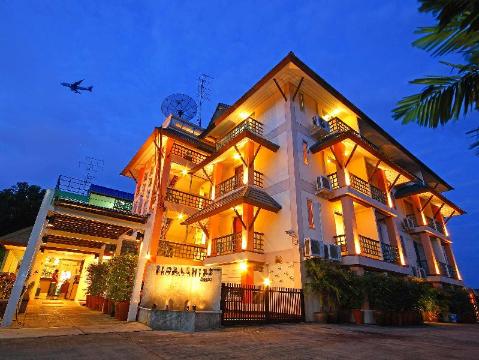 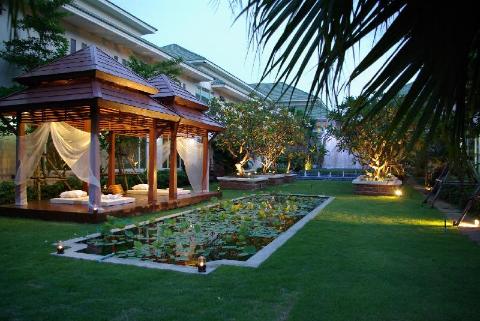 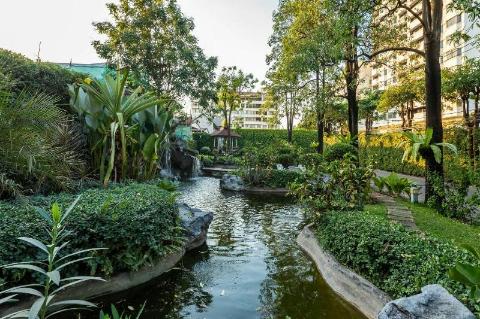 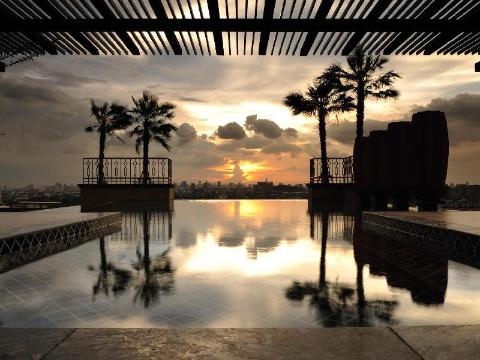 To find these Bangkok airport hotels in the Suvarnabhumi International Airport area, please click on the search box below.

For the long history of Suvarnabhumi Airport, please see Resurrecting the Golden Land.

Don Mueang (highland town) is Bangkok’s first airport which started in 1914 as a civilian and military airport. It was Bangkok’s international airport until 2006 when Suvarnabhumi Airport opened.

Originally spelt Don Muang, the romanized version was changed to Don Mueang in 2007 by the Royal Institute of Language, Thailand.

Most of the airport hotels are along the Vibhavadi-Rangsit Road that links Don Mueang to the city. As at 2012, the only airline flying out of Don Mueang is Nok Air.

Bangkok airport hotels in Don Mueang are popular with travelers from other Thai cities who travel to Bangkok or are flying out of Thailand on connecting international flights. 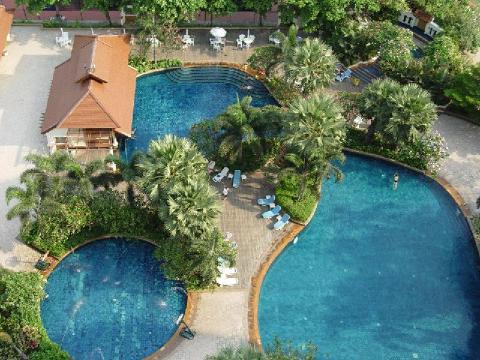 To find these Bangkok airport hotels in the Don Mueang Airport area, please click on the search box below.

Don Mueang Airport was officially opened on 27 Mar 1914. For many years, civilian airlines and the Royal Thai Air Force used the airport jointly. In the early 1960s right till the end of the Vietnam War in 1975, the US Air Force was also had a strong presence in Don Muang.

As international flights increased, Don Mueang became increasingly congested. During the mid-1970s, plans were mooted to build a new civilian airport. But in 1978, it was decided to move some military operations to other airports instead.

In 1979, Don Mueang came under the administration of the Airport Authority of Thailand and went through a two-year expansion program. In the late 1990s, it has expanded further to the present state. As the airport grew, so did the Bangkok airport hotels.

However, the days of Don Mueang Airport as an international airport are numbered. With the opening of Suvarnabhumi International Airport, Don Muang will probably be converted to a domestic airport.

The fate of the Bangkok airport hotels is uncertain when Don Mueang becomes an aircraft maintenance center and terminal for VIP and chartered flights. But for the thousands of air travelers and visitors to Bangkok over the last few decades, Don Mueang will still retain its nostalgia.

Bangkok’s airports – what were the locations called before?

Bangkok’s International Airport Suvarnabhumi is located in an area that used to be called Nong Ngu Hao or Cobra Swamp. Since the idea of the airport was first mooted in 1973, it has been bogged down, not just by technical construction problems but by political and economic crises.

Coincidentally, Suvarnabhumi’s predecessor Don Mueang, also had its origins in a swamp! According to a commemorative book by the Airports of Thailand, the Don Mueang area at the turn of the 20th century was surrounded by rice fields, isolated farms and wetlands where wild elephants roam.

Built in 1914 as an air force and civilian airport, Don Mueang grew steadily through the decades until it hit its peak in the 1990s. The wetlands in the area were known locally as Nong Ee Yiew or the Swamp of Hawks.

Now that sounds better than being in a Swamp of Cobras.

At 0300 hours on 28 September 2006, the new Suvarnabhumi Airport commenced operations. A day earlier, aviation staff and well-wishers said fond goodbyes to Don Mueang Airport as it ceased operations after 92 years.

Don Mueang will long be remembered for being the oldest airport in Asia and frequent visitors to Bangkok for the last few decades will certainly cherish fond memories of the place.

The last scheduled flight out of Don Mueang, Kuwait Airlines KU414, was set to take off at 0250 hours (Bangkok time) 28 September 2006, to close a long and memorable chapter in Thai aviation history.

Inexplicably, an unscheduled Qantas flight QF302, bound for Sydney, slipped into the final take off slot at the last minute.

Taking off at 0309 hours, Qantas snatched the honor of being the last to take off, in a dramatic twist, as the final curtain fell.

It's still uncertain what will become of the Bangkok airport hotels around Don Mueang.

A historical background to the name and development of the new airport is at Suvarnabhumi Airport.

The hotels in the old Don Mueang Airport are no longer the Bangkok airport hotels in view of Suvarnabhumi. Perhaps Hotels in Don Mueang may be more appropriate.

The shift to the new airport has caused a sharp drop in occupancy calling for a drastic change to the business approach.

These hotels have been quick to shift their target markets and business positioning. With no more transit air travelers in their clientele, they have moved on to cater for conferences, weddings, training seminars, private parties and the general tourist.

Prices have been slashed and staff trimmed. It remains to be seen if this new business model can help regain the heyday for the old Bangkok Airport Hotels in Don Mueang.

If this takes place, there might yet be a revival for the hotels in Don Muaeng, which has lost its luster with the transfer of the international airport to Suvarnabhumi The hotels in Don Mueang can still claim to be Bangkok airport hotels.

On 12 January 2007 the Airports of Thailand announced its intention to reopen Don Mueang, the former international airport, for domestic flights.

The tentative date for reopening Don Muang has been set for 15 March 2007.

Only three local budget airlines, PB Air, Nok Air and One-Two-Go Airlines together with the domestic services of Thai Airways will move over to Don Muang.

The foreign airlines and Thai Airways have chosen to retain their international flights at Suvarnabhumi Airport. Connecting flights to Chiang Mai and Phuket will also continue at Suvarnabhumi.

How much impact this will have on the Bangkok airport hotels at Don Mueang remains to be seen.

Don Mueang, the old Bangkok airport reopens on 25 March 07. Only three local airlines have opted to operate from here, the domestic budget airlines, One-Two-Go and Nok Air and the domestic services of Thai Airways.

All domestic flights with Thai Airways to the following destinations will operate from Don Mueang:

Don Mueang will change its name from Bangkok Airport to Don Mueang Airport, with DMK as the airport code. Flights will also be assigned a four digit code instead, e.g. TG 1203.

This leaves two local budget airlines, Nok Air and One-Two-Go still operating out of Don Mueang. There’s no indication of the plans of these two airlines.

With this move the future of Don Mueang, a favorite with many travelers, seems uncertain again. Will this be the last chapter in the fluctuating fortunes of this airport, since the start of Suvarnabhumi?

What impact this would have on the fortunes of the old Bangkok airport hotels?