The Philatelic Museum in Bangkok records the Thai stamp and postal history from the mid 1800s – the present day, with stamps honoring the reigning monarch of the day and marking significant events in Thai history.

The museum was first established in 1947 when the postal services were under the Post and Telegraph Department.

After reorganization of the civil service and several re-locations, the museum is currently under Thailand Post Company Ltd.

It finally found its permanent home in Sam Sen Nai Post Office next to the Saphan Kwai skytrain station on 15 December 2004.

Stamps often tell the story of the history and culture of a society. The Thai stamps in the Philatelic Museum in Bangkok have their stories to tell too.

Please map to the museum.

Our story begins in the reign of King Rama IV (1851 – 1868). In those days, before the existence of a postal service in Thailand, people sent letters through messengers or friends who were traveling within or out of the country. 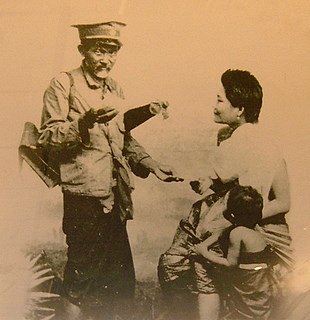 With the signing of the Bowring Treaty in 1855, Thailand opened up for foreign trade. The presence of foreign businesses and consulates in Bangkok necessitated a postal service. This was setup in 1867 by the British Postal Service and run by the British consulate in Bangkok purely for communications between consulates.

As Thailand had no stamps of her own then, she used stamps of British India which were also used in the Straits Settlements, Malacca, Penang and Singapore. Stamps for use in Bangkok were marked with a capital "B". The mail was routed through Singapore and had a Singapore postmark.

In 1875, during the reign of King Rama V (1868 – 1910), Prince Bhanurangsri Sawangwongse, younger brother of the king, published a newspaper "Court" for royalty and high officials. A local stamp was affixed for delivery services. This laid the groundwork for the Thai postal service in the future.

Philatelic Museum - the advent of the postal service

In 1880 some members of the government felt a pressing need for a postal service for the general public and petitioned King Rama V. The king agreed. Fittingly Prince Bhanurangsri was tasked to do this and was appointed the first Director General of the Post Department. The first post office was built in Charoen Krung Road by the Chao Phraya River near the mouth of the Ong-Ang canal.

With the establishment of the domestic postal service, Thailand issued her first postage stamp on 4 August 1883; 43 years after "Penny Black" the world's first prepaid adhesive postage stamps appeared in England.

The first set of stamps had the portrait of King Rama V, was designed by William Ridgeway and printed by the Waterlow Printing Company of England. The stamps bore no country name and were only for domestic use. The Thais had their own nickname for these stamps, "Solot", after the price of the stamp in the old currency. 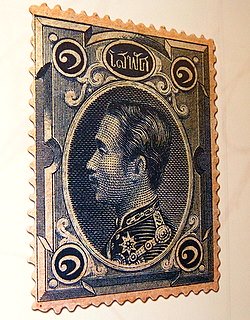 Originally stamp denominations were in solot, att, sio, salung, the old Thai currency units. When the currency was changed to baht and satang, new stamps were issued.

In line with international convention, the country name and price in Arabic and Thai numerals were printed on the Thai stamps.

On 11 November 1908, Thailand celebrated the 40th anniversary of the reign of King Rama V, the longest reigning Thai monarch then, with a new set of postage stamps. 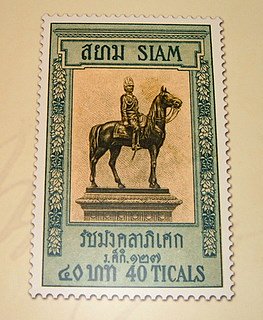 An astrologer had predicted earlier that the Chakri dynasty would come to an end after 150 years.

On 1 April 1932, the 150th anniversary of the dynasty, there was a big celebration to prove the soothsayer wrong.

Though the prediction wasn't completely right, two months later, the absolute monarchy was overthrown in a coup on 24 June 1932.

In the reign of King Rama VIII (1935 – 1946), a special set of stamps were issued in 1943 featuring the Monument to the Expeditionary Force. These stamps weren't meant to commemorate the Thai military effort during World War I. Furthermore, the stamps were priced in "cents".

Called "Four States", these stamps were meant for use in the four Malay states of Kelantan, Perlis, Saiburi (the state of Kedah today) and Trengganu. These states, which were ceded to Britain in the reign of King Rama V, came temporarily under Thai rule during World War II when Thailand declared war on Britain and the USA.

The story of the stamps in the Philatelic Museum continues into the reign of King Rama IX, the present king. There were several memorable occasions when commemorative stamps were issued.

When the Benjarong (Thai pottery in five primary colors) issue won second prize at the International Stamp Competition in Vienna, Austria in 1981, these stamps secured a place in the Philatelic Museum. 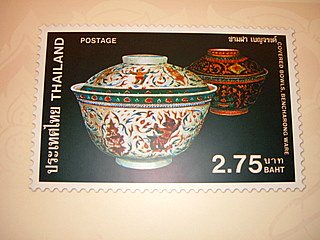 The commemorative issue celebrating the Bangkok Bicentenary (1782 – 1982) provides the centerpiece of the Philatelic Museum. These set of stamps had the nine Chakri kings Rama I to Rama IX in denominations from 1 baht – 9 baht. 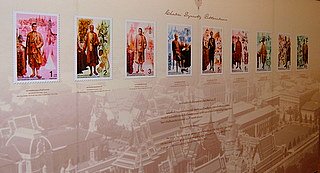 In 1999, Thailand celebrated the 72nd (the 6th cycle) birthday of HM the King with another set of stamps. Firm believers in astrology and the 12 zodiac signs, Thais consider anniversaries in multiples of 12 particularly 60, 72 extremely auspicious. 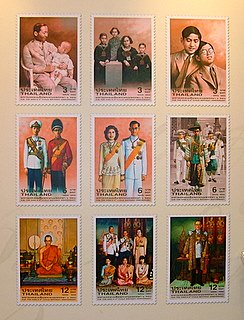 Besides the displays of prominent issues, the Philatelic Museum preserves hundreds of the old stamps and envelopes in frames filed in chronological order. I was surprised to see old envelopes used by early Chinese immigrants in Bangkok to remit money to China.

Since 1883, the Thai postal service has made more than 720 stamp issues.

The Philatelic Museum Bangkok preserves this postal and stamp history of Thailand and the significant events related to these issues.

Map to the Philatelic Museum

The Philatelic Museum is open on Wednesdays – Sundays from 0830 – 1630 hours. It's closed on Mondays and Tuesdays. Admission is free.

I must record my sincere thanks to Khun Kittima Raksa-Naves, curator of the Philatelic Museum Bangkok for her kind and invaluable assistance in showing me around the museum and recommending the relevant material for this article. 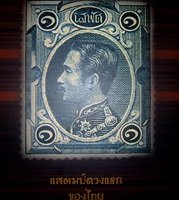