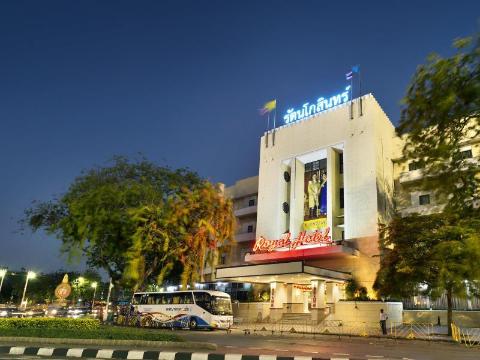 The safe haven in September 1992

Royal Rattanakosin Hotel is a modest hotel near the Sanam Luang (Royal Field) at the other end of Central Ratchadamnoen Avenue from the Democracy Monument. During the Black May 1992 demonstrations, the hotel was unwittingly drawn into the unfolding drama.

Please see map to the hotel

The hotel used to be called the Rattanakosin Hotel on some maps. In fact the sign in Thai above the building shows the old name. Later the name was changed to Royal Hotel. The present name combines both the old and new names.

At the height of the military crackdown on the demonstrators, casualties mounted. Owing to its proximity, the hotel was used as a makeshift first aid center. Volunteer doctors and medical staff rushed to the hotel to tend to the injured.

Other demonstrators milled outside the main entrance anxious about the condition of their friends.

The crowd attracted military attention and soldiers closed in. Troops also burst into the hotel rooms to search for demonstrators who may have hidden within the building. Doctors and medical staff were reportedly manhandled in the process.

Somehow in the midst of all this confusion, a small group of demonstrators managed to slip away and hide somewhere within the hotel. The dazed and bedraggled group emerged the next morning to the surprise of the hotel staff.

The hotel magnanimously offered the demonstrators food, employee uniforms and passes to allow them safe passage through the military checkpoints. That saved their lives. They made it safely home and their families didn't forget this act of kindness. 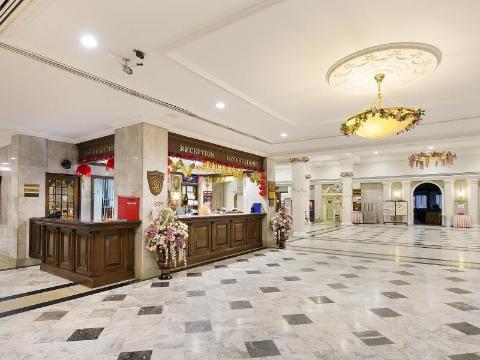 The lobby in happier times

That act also endeared the hotel to those in the democracy movement. They didn't forget either. Many of them still hold their functions and conferences there.

The hotel is also popular with other non-profit organizations for its modest prices, pleasant and unassuming service.

If you are on a tour of old Bangkok, drop in and take a look.

Even if you are not staying there, walk through the lobby and imagine what it was like during those dark days in September 1992. The Royal Rattanakosin Hotel may be classified as a three star hotel but it's a hotel with a five star heart.

To experience a stay in Royal Rattanakosin Hotel click here

Hotel with a 5-star heart

The hotel is located in Ratchadamnoen Central at the north-eastern corner of Sanam Luang right in the centre of the old city with several attractions within walking distance.

Alternatively you can take a Chao Phraya River boat to N9 Chang Pier and take a walk to the hotel.