The lustrous iridescent Thai silk gown glittering in the light and shimmering with varying colors when viewed from different angles adorns the graceful hostess. The handwoven fabric with elaborate patterns is a product of traditional craftsmanship honed through centuries. How did it all start?

The history of silk

The history of silk originated when a silkworm in an overhanging branch in the garden fell into the Chinese Empress' tea.

The silk unraveled and revealed a new opportunity that was jealously protected in China for thousands of years.

Intermarriage between a Chinese princess and an Indian Prince in 1st century AD resulted in the silkworm being smuggled out of China. Consequently, silk flourished in India and later spread to Thailand.

There are varying qualities of Thai silk which comes in brilliant colors, two tone colors, fabric with luster and sheen, each piece handwoven and an individual work of art. The finest pieces are brocaded with gold and silver threads in intricate patterns.

The silk thread is made from the filament spun from the salivary glands of the silkworm that feeds on the mulberry tree.

As the silkworms grow, their bodies are filled with raw liquid silk. They spin a cocoon with the liquid which hardens on contact with air. Thread from one cocoon is about 500 – 1500 m long.

Cocoons are boiled to extract the thread and several filaments are combined to form a stronger fiber.

The process involves extraction, bleaching, washing and dying. Traditionally, the thread is wound around spools for weaving by hand not machine.

Originally, barks and leaves were used for dyes. These dyes were not permanent and run after several washes. Later chemical dyes, which were more permanent, were introduced.

Where the Jim Thompson raw silk comes from

Established in 1988, Pak Thong Chai farm is in the district with a long tradition for silk production.

The farm grows mulberry trees, the leaves which silk worms feed on. The silk worms produce cocoons from which the silk is extracted. 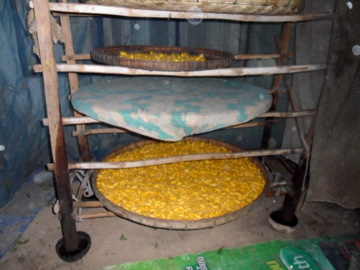 Cocoons of the silk worms 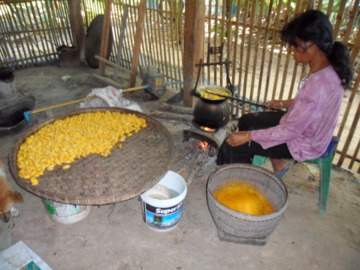 Boiling the cocoons and extracting the silk

Later the Jim Thompson Company found it more cost effective to outsource this process to locals to feed silk worms and then buy the cocoons from the locals.

This has resulted in a local industry supported by some 2,000 families located primarily in the north-east region with some in the central region.

The cross-bred specimens produce thicker cocoons which reel out 1,200 meters of thread, a 50 % increase over the local variety.

Other interesting facts and figures on silk production are:

The silkworm pupae, the portions that are removed when the cocoons are boiled, are a delicacy with silkworm farmers. Some have even been canned and sold. Fancy some?

In the post-World War II years, Jim Thompson was instrumental in reviving the local silk industry in the face of competition from mass produced synthetic materials.

The Jim Thompson Thai Silk Company has a weaving factory 20 km south Korat about 200 km north east of Bangkok that's the biggest in the world.

Today the company has branches and distributors in the major fashion capitals of the world. 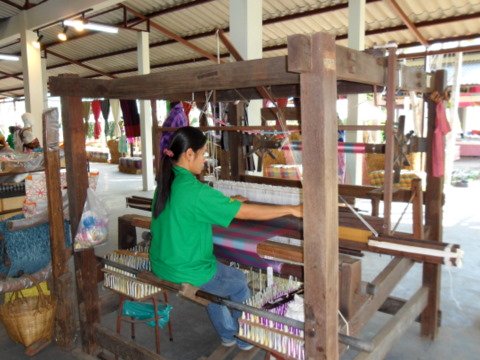 These silk fabrics can be viewed at the various Jim Thompson outlets in Bangkok.

Besides the Jim Thompson silk, there are numerous individual silk weavers in north-eastern Thailand working from their farms and homes. Each area produces silk with their distinct characteristics. 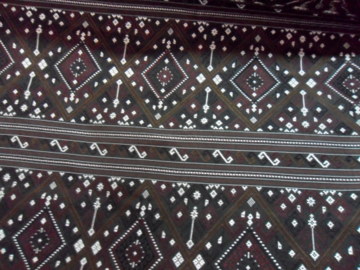 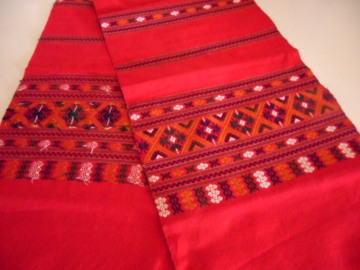 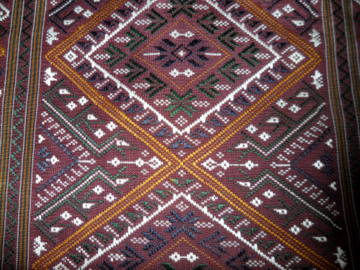