Favorite Bangkok photographs provide an opportunity for residents and visitors to the city to share their unforgettable images of Bangkok and memorable travel pictures taken during their stay.

Do you have pictures of old Bangkok on disappearing scenes or scenes that are long gone? What were your memorable images of Bangkok?

It’s unbelievable where I found some of these old photos. I bought some of these old prints from a street vendor for 20 baht a piece! These old treasures were neatly slotted into plastic folders and sold on the streets. I sincerely hope that they can be preserved in a more permanent place.

Two of these old prints have been included in this web page. Here's one of them. 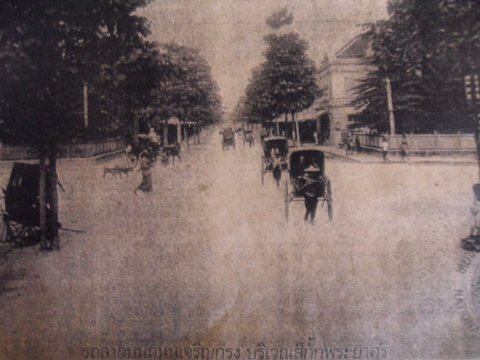 Some of the other old prints were found hanging on the walls of a family restaurant tucked away in a narrow soi off Charoen Krung Road.

Where possible, I’ve tried to the same scene at different times to show what has changed and what hasn’t. After viewing some of these scenes of Bangkok then and now, we can notice that most of the places have remained intact physically.

Some conditions may have changed but some haven’t.

Did you encounter unusual or cute or humorous experience on the way? Or were there sights that captured your imagination for their sheer beauty?

Share your favorite Bangkok Photographs, your unforgettable moments with us.

Have a great Bangkok travel picture?

Do you have any great Bangkok photographs? These could be pictures of old Bangkok, breath taking views, fleeting moments, magnificent monuments or unusual scenes. Share your memorable images of Bangkok with us.

See photographs taken by other visitors

Here are some of the special moments captured by others….

Sundown in Salaya
Salaya is a tambon (sub-district) in Amphur (district) Phutthamonthon, Nakhon Pathom on the north-west city limits of Bangkok. It's considered a suburb …

Loy Krathong 2015 in Ayutthaya
This Loy Krathong Festival in 2015 was celebrated in a place with an impressive atmosphere which gave us a most enjoyable time. ลอยกระทงปีนี้รู้สึกประทับใจมากกับสถานที่ …

Rare Bangkok Photos
I came across these old photos of Bangkok in the Rat Burana Museum, a community museum about an old district across the Chao Phraya. These were taken …

Buddhist Candle Procession
Buddhists walk three times around the standing Buddha at Phutthamonton to make merit just outside of Bangkok.

Loha Prasart – the Metal Castle
The 37 spires of Loha Prasart or Metal Castle representing the 37 virtues required for enlightenment. This building is one of three in the world, the …

Chao Phraya at twilight
This photo was snapped at 1837 hours on 25 July 2012 from the esplanade of the Asiatique the Riverfront, a retail and dining complex along the stretch …

Pictures of Old Bangkok
One evening, I was strolling along Sukhumvit Road near the Phrom Phong skytrain station when I noticed a street vendor selling old pictures of Bangkok. …

SAB Building, Chinatown, Bangkok
The SAB Building is an old building located at the junction of Charoen Krung Road and Chakrawat Road. The junction is called SAB intersection. Unlike Yaowarat …

Songkran 2011 in Silom Bangkok
The long Songkran holidays this year are finally over and it's back to work. Songkran is a happy time in Thailand. It's celebrated from 13 - 15 April …

One of my fav's
I was doing some voluntary teaching in Bangkok and love to take photos and there is just something about this one.

Bangkok photos - Old ships through the centuries
These are photos of some of the exhibits in the Thai Naval Museum which I visited in October 2010. Photo 1 - King Taksin's navy off the coast of Chanthabur …

My favourite Bangkok photo
Buddhism is a part of daily life for many in Thailand. It infuses admirable values in the young and helps the people deal with a hard and busy life when …

Sanam Luang
over a century
This is one of my favourite Bangkok photographs. I chanced upon this old Bangkok photo in a restaurant off Charoen Krung Road near Robinsons Bangrak. The …

Old Bangkok photos
These old Bangkok photos were taken when I was in the US Navy and my ship had a tour of duty in Thailand. The ship docked at Bangkok on the river. I took … 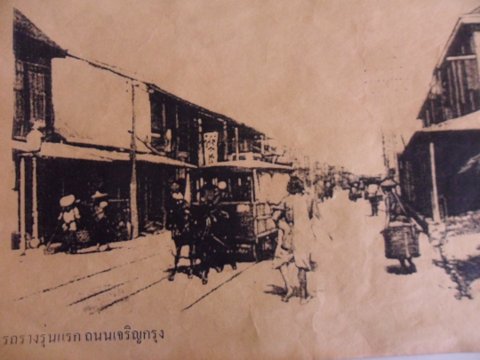 I’d like to thank those readers who have submitted their favourite Bangkok photographs to this web page. I’m also grateful to the people who have given me the opportunity to take some of these old photos to be re-produced here.

If you have any memorable photos of Bangkok past or present, you are most welcome to share your photos here.

For some very old photos submitted by a visitor to this web site who came to Bangkok in 1959, please see Old Bangkok Photos To view our international photo sharing gallery contributed by our readers, please see Photo Sharing Gallery

To return to Bangkok photographs 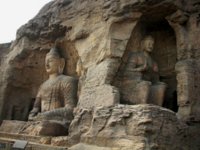